Well, it finally cleared up enough last night for Alden and I to get together. Alden is a club member and manages the equipment, and offered to provide orientation for the  Celestron 8 telescope which I can also borrow this month.

I arrived and he had it set up in a spare bedroom. The tripod is a beast without telescoping legs, but workable. He managed to find a wedge, which turns the alt-azimuth mount into an equatorial mount. Basically, this means that once aligned to Polaris, the clock drive on the wedge will track with okay proficiency. I had read about polar alignment with an alt-azimuth mount, but with a wedge one just centers Polaris and starts the clock drive.

After coffee we removed the scope and wedge and collapsed the tripod and moved to the driveway with Alden’s portable power generator [for the clock drive]. We began with a look at Venus, and it was apparent that a variety of factors made for poor resolution. The scope was not ambient temperature, and as time passed it developed visible condensation inside the primary lens. The atmosphere made for poor seeing, and there was a wind. The slightest touch of the scope assembly creates big bouncing. So Venus was fuzzy, but not so fuzzy that the phase was invisible: close to half, I think!

Jupiter was fuzzy also, but it was possible to see two nearby moons in opposition around the planet [I think this is the correct term for it], and another aligned quite a bit further away and below to the right. Oh yes: the star diagonal corrects optical mirror reversal, but not up/down reversal.

The moon looked good and Alden pointed out that ‘X marks the spot‘: so we attached the dSLR using, at first, Alden’s adapter with eyepiece. That didn’t work well, so we eliminated the eyepiece for a modified projection setup. The lunar X is visible for just a short time each month  [‘lunation’] during a precise phase of the moon: 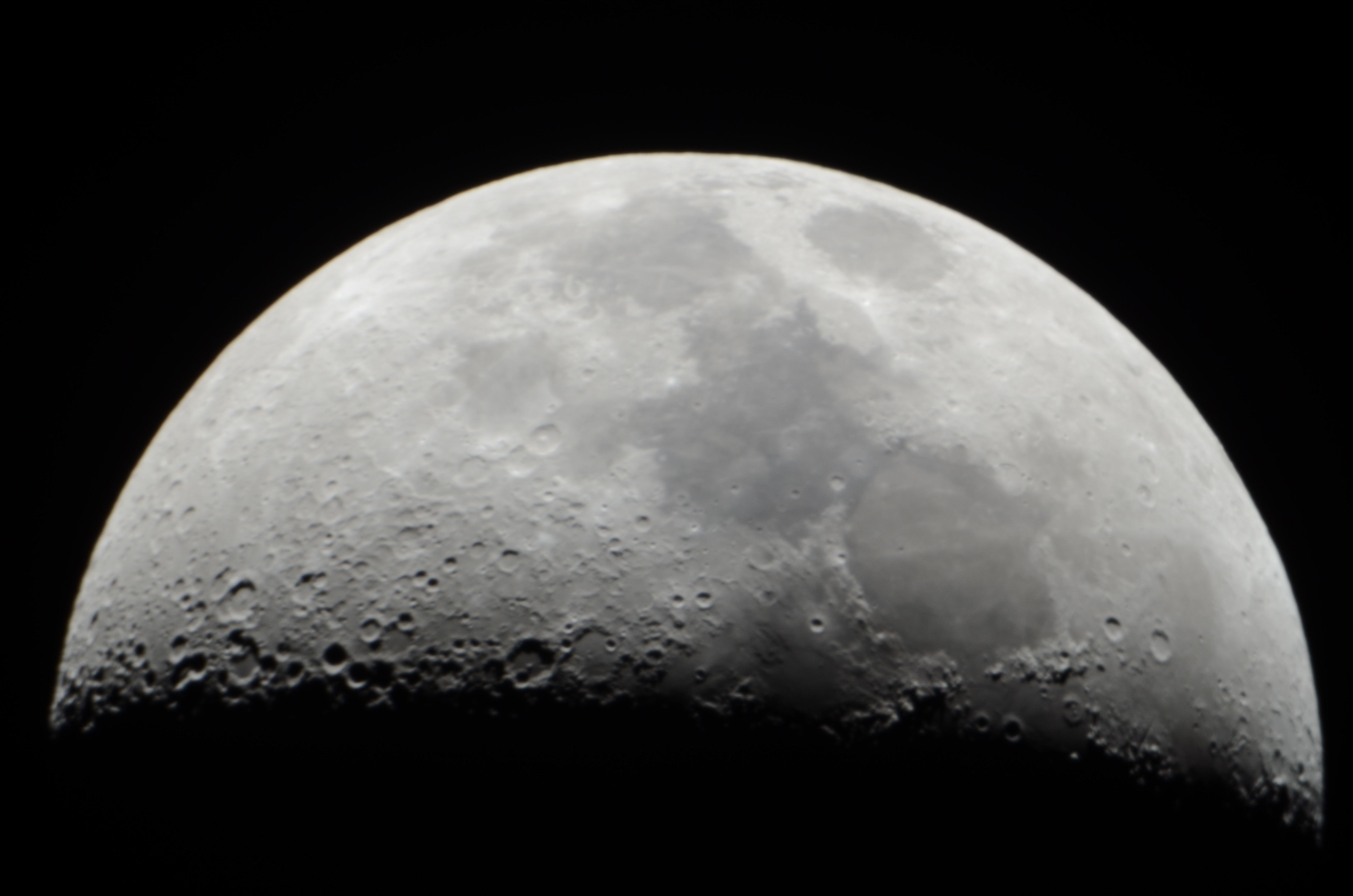 We went back and forth between the moon, Saturn, and also Mars, which was a bright fuzzy reddish blob. Unable to resolve focus or clarity at all, we ended up testing all the gear anyway. The dSLR as described above, and directly on the star diagonal. Here’s the best shot of Saturn from last night, with a closer crop [also rotated and inverted to match ccd shot – i need to figure out which is accurate and which is optically inverted] below: 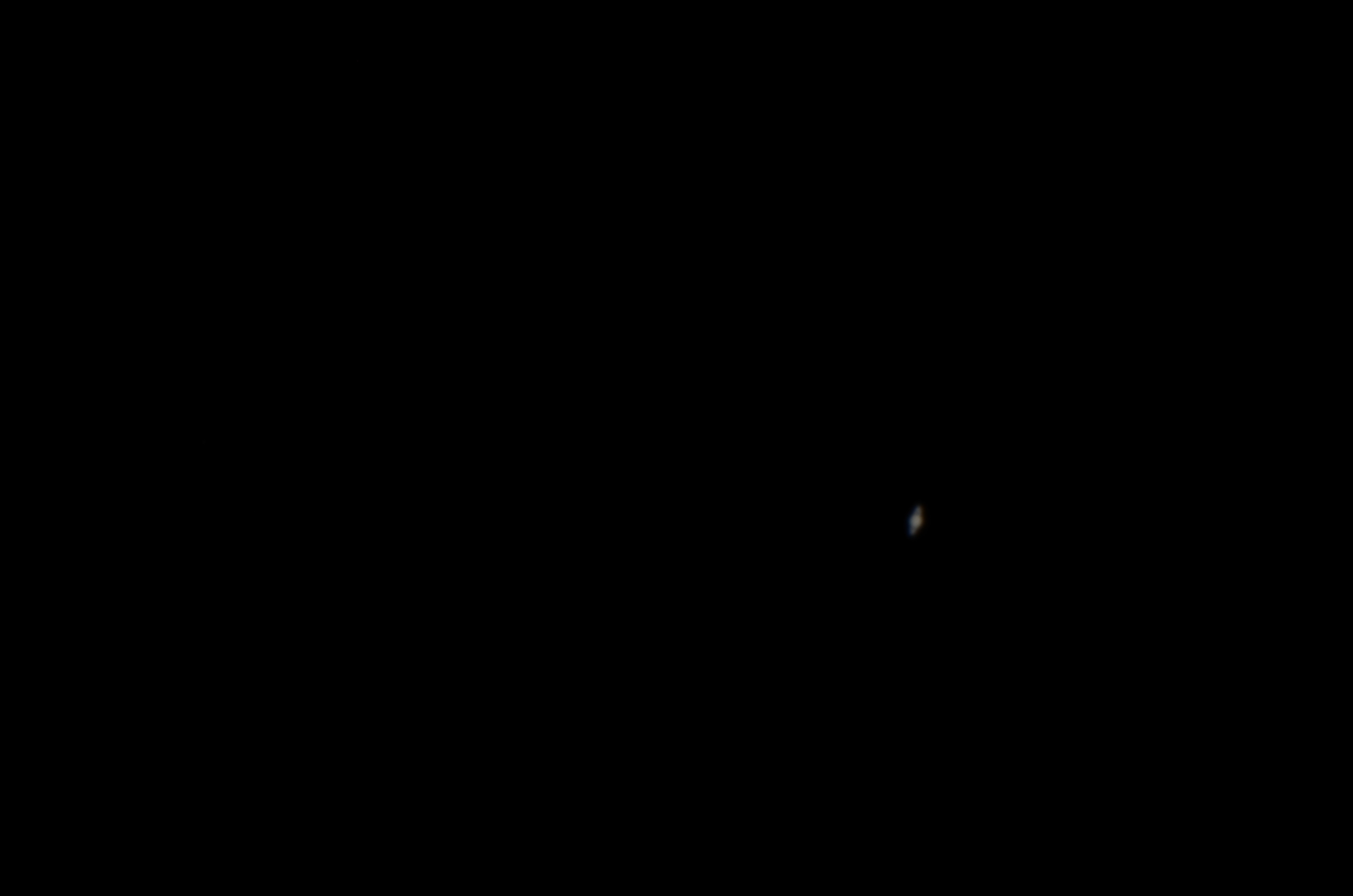 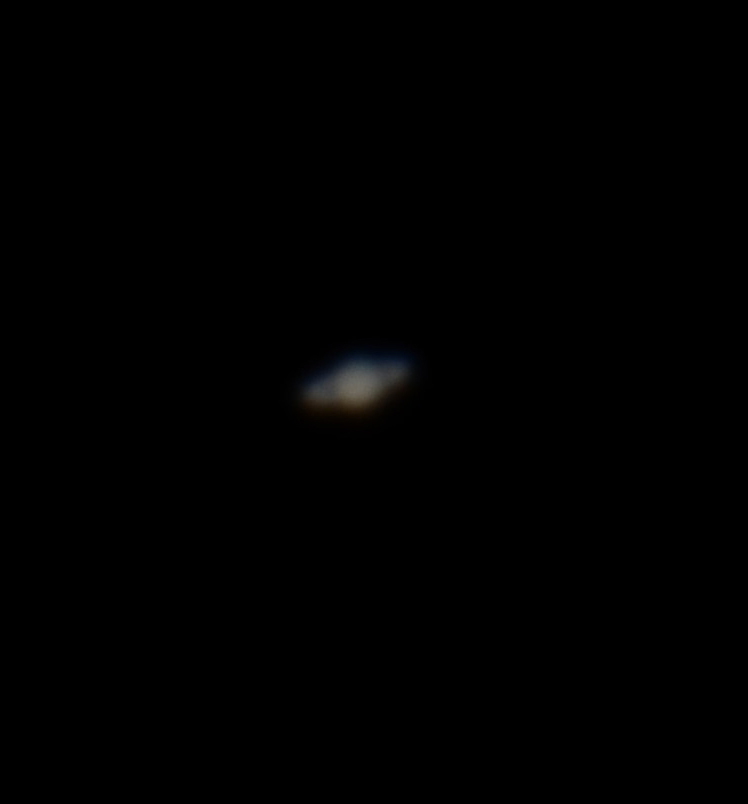 And then we attached the Solar System Planetary Imager IV. I was tickled pink when we were able to visualize Saturn on my computer screen, bouncing around and fuzzy as it was. I captured 5 short movie files in a couple of pixel dimensions, fooling around a bit with the gain. Here is a link to ONE. I might turn off the audio recording next time.

After proving that the CCD camera works, and confirming that it will work much better with better seeing and perhaps a better scope [lenses], we re-attached the dSLR using Peter’s borrowed Hyperion 24mm, but by then we were tired of fumbling with the star diagonal which was giving trouble.

Finally, this morning I took one of the videos and using Linkeos did my first stacking. 122 images aligned, then 41 images analyzed and stacked: 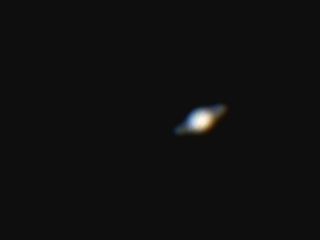 All in all it was an excellent night, and I’m very grateful for Alden’s mentorship and camaraderie. Next week he’ll help deliver the scope and accessories to my apartment and I’ll set up on the balcony. Hopefully John will be able to help me lug that thing to the dome roof on opposition weekend, since it’s likely I can’t set the thing up myself. We’ll see.

This entry was posted in Images of Saturn, Imaging Equipment and Telescopes. Bookmark the permalink.