It is really great to be back in Ontario for the summer, and to enjoy my first weekend back at the CAO. Ian and I walked the Margaret Paul Trail, and under the supervision of Blake, Elaine, and Tony, I set up for a night of imaging in the Tony Horvatin Observatory. It’s not in the melee of the gang, but protected from the wind and a really great place to do some imaging with computers without disturbing everyone with the extra light.

I thought I might capture some Saturn Friday night with my planetary camera and the club SkyNyx, which I borrowed – but I totally failed at getting an image on screen. Getting the focus is a real production, if the planet is not dead-centrered, but I think the real problem was being patient in adjusting gain and exposure levels. I did some daytime testing yesterday and was able to quite easily get some alien trees in the distance, though I have to follow up with Blake’s suggestion for capture with the SkyNyx.

In the meantime, having done the Summer chapter of Turn Left at Orion last year I thought I might try the Spring chapter (though, admittedly, on June 20th, late spring.) Blake printed up for me an observing list based on best times and off I went. The first several objects had already set or were behind the house, and eventually I stopped shooting the stars (variables and doubles) for boredom and went straight for the galaxies.

I think I got three nice shots, of Bodes M81, The Black Eye M64, and the Whirlpool Galaxy M51. I used Deep Sky Stacker on my pc laptop, then Photoshop on my mac, and with some basic processing lessons from Steve and Dietmar I did okay, I think. Considering I don’t use PEC or a guide scope – on this note, Ian showed me a new way to balance RA and DEC so that the worm gears are working against the gravity in both directions and I can see a clear difference.

We got clouded out for the rest of the weekend so I have packed up and will drive home soon and then have a lovely evening of Scrabble with some friends. The next couple of weeks will be focused on image preparation for my Modeling Views show, and continuing work on the Flappy Rings. Nice way to spend a summer at work and leisure. 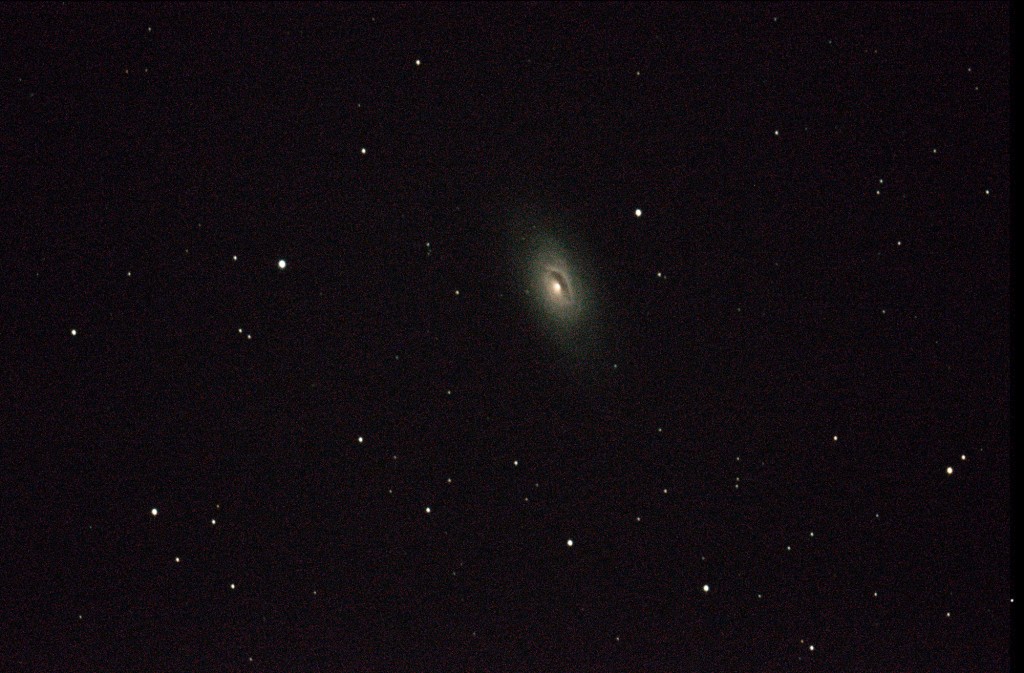 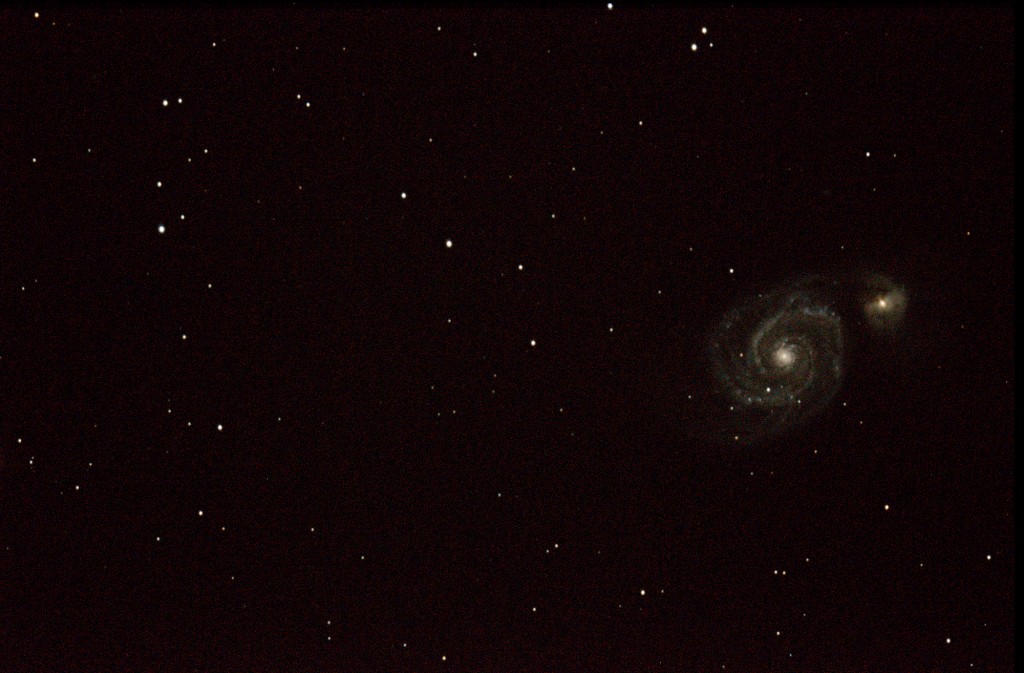