The work I produced for the exhibition is a 2×13′ image of Saturn taken in 2011 – the first year photographing the planet – with a paired wall text. The image of the planet itself is smaller than 3″, set within the black field. The image was printed on adhesive vinyl and mounted in the corner of the gallery, which is curved [in line with the architectural vision of designer Douglas Cardinal]. The vinyl lettering was mounted on the opposite corner and contains fixed and variable data relating to the date, time, and location that the photograph was made.

This image was shot by ‘projection’ – I hand-held a D5000 dSLR [Nikon] in front of the eyepiece of the Meade LX200 12″ telescope at the Kalium Observatory [Regina Science Centre]. 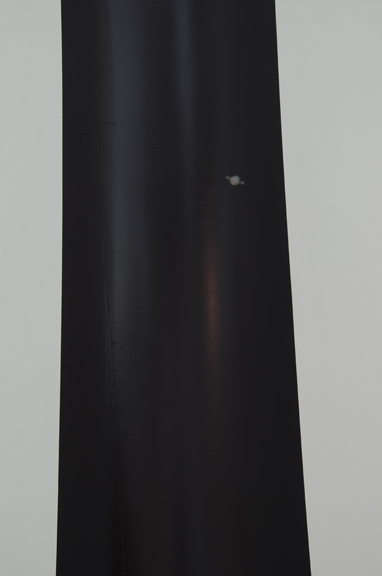 This entry was posted in Exhibitions and tagged July 2011, Saturn. Bookmark the permalink.